Our team has seen the sector make great strides this year. From streaming for the first time, embracing social media through to building whole new experiences and engaging exciting new audiences, you’ve done it all.

We want to know more about what you’ve learnt over the past year and where you want to go next. Our survey is still open, and should only take a matter of minutes to complete. Tell us your story.

We hear loads of great examples which show the resilience, passion, and innovation of the sector. Our team has picked out some of our favourite stories from the last year.

James Akers suggested Manchester Collective should be on the list, so we took a look, and were equally amazed.

They posted an extremely energetic performance on Facebook, which ended up going viral! Last time we looked, it had over 36K shares, 1.4K comments and over 1.5 million views. Full disclosure, we’ve probably contributed a fair few of those views!

❤️ Remember the sheer excitement of live music? Of being in the same room with hundreds of strangers, when time freezes, and you have this rare sense of losing yourself? We miss that, a lot.

Exactly a year ago today, we were preparing for one of our most memorable, joyous shows. After a month-long tour, we were back in Manchester, playing at the RNCM – Royal Northern College of Music where many of us studied and met for the first time. It was a real homecoming. We shared in the warmth of Sirocco with our friends, our teachers, and the many other curious people who opened their ears and hearts to us that chilly October night. It felt electrifying.

This was music doing what it does so well – bringing us all together.

Manchester Collective is a new kind of arts organisation, built for a fresh and diverse musical world. We create intimate and intense human experiences, built around live music, for everyone.

Known for their experimental programming and daring collaborations, the work of Manchester Collective has expanded at breakneck speed since their formation in 2016. They now play in concert halls, warehouses and factory spaces in 18 cities across Europe and the UK, performing a combination of cutting edge contemporary music, classical masterpieces, and staged theatrical work to a hungry, new audience.

One of the most impressive website stories we’ve heard is that of Hospital Rooms. Emma Roberts suggested this one, and, as usual, she was right on the money.

Hospital Rooms ran a six-week campaign to raise funds for their Digital Art School. The results were excellent (we tip our hats to you). Their web traffic increased by 3,387% over the same period last year. In terms of funds raised, they raised £30,000 from A3 poster sales, as well as seeing a 300% increase in Friends of Hospital Rooms membership.

Hospital Rooms is an arts and mental health charity that commissions extraordinary artworks for NHS mental health inpatient units across the UK.

Our vision is for all people in mental health wards to have the freedom to experience extraordinary artworks. We believe in the power of art to provide joy and dignity and to stimulate and heal.

Some organisations shifted their output online earlier than others. One of the best examples was PoundArts. Peggy Naumann highlighted their stellar performances to us, and we couldn’t agree more.

Despite pivoting online early, PoundArts wanted to make sure they weren’t just putting a recording online, but providing a whole new experience. Thanks to this, they managed to reach a much wider audience than usual. With viewers as far as California, they got over 10x their usual attendances through moving to an all online experience. Also, Peggy was impressed by their openness and eagerness to learn new skills, while still recognising where external partnerships would be more beneficial.

The Pound is a welcoming and vibrant venue in the centre of Corsham with a 100-seat auditorium, and exhibition space, cafe bar, parking and baby-friendly facilities. The centre also includes rehearsal and workshop spaces, studios housing three resident visual artists and a community workshop.

This year, organisations everywhere were trying new things, and Justice in Motion were one of the standouts doing just that. James Akers recommended this one to us after witnessing the full experience and coming away impressed.

To maximise their audience and impact, Justice in Motion had to come at a classic event with a new approach. They premiered a new performance film, BOUND, on Facebook and YouTube with a follow up Q&A session (Zoom to YouTube).

Despite this being their first time, it was a great example of livestreaming and engagement from start to finish.

Bound trailer from Justice In Motion.

About Justice in Motion

We are a professional physical theatre company that is passionate about art and social justice.

We make theatre. A powerful, thought-provoking, visual type of theatre. We tell stories about people who are victims of social injustice.

Our shows are exciting and engaging. They mix dance, theatre, parkour, aerial acrobatics, film and music. They captivate and draw you in as we shine a light into some of the dark places you can’t, normally, see.

Welcome to the Digital Culture Network

Technology is changing the way we live our lives at a rapid rate, and culture is no exception. Cultural organisations are using technology in a variety of ways to drive their creative thinking and business practices. But how can they keep pace with the moving beast that is ‘digital’ when it evolves on a daily basis?

Digital Culture Network
·   2 years ago
We Are One

The Digital Culture Network was launched in the summer of 2019 to develop the digital capabilities of the arts and culture sector. One year on, we reflect on what we've achieved, what we've learned and what you've told us.

Our Tech Champions have been busy planning a series of digital training sessions - check out the schedule and book your place today!

You can find out more about which cookies we are using or switch them off in settings. 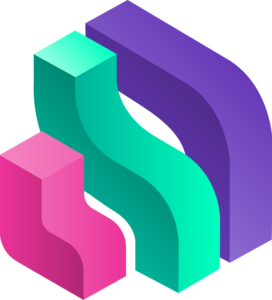 This website uses cookies so that we can provide you with the best user experience possible. Cookie information is stored in your browser and performs functions such as recognising you when you return to our website and helping our team to understand which sections of the website you find most interesting and useful.

Strictly Necessary Cookie should be enabled at all times so that we can save your preferences for cookie settings.

If you disable this cookie, we will not be able to save your preferences. This means that every time you visit this website you will need to enable or disable cookies again.

This website uses Google Analytics and to collect anonymous information such as the number of visitors to the site, and the most popular pages. We use HotJar to collect surveys and user behaviour. We also use Clarity to provide insights into user behaviour through anonymous session recordings and heatmaps.

Please enable Strictly Necessary Cookies first so that we can save your preferences!